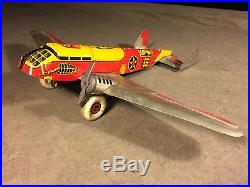 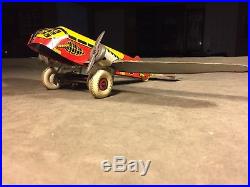 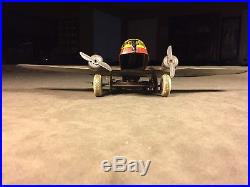 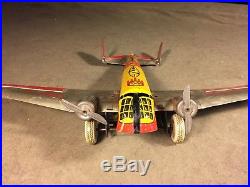 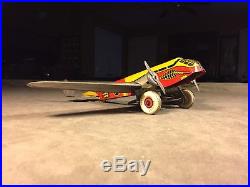 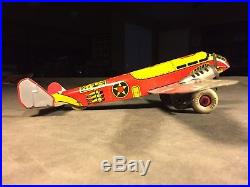 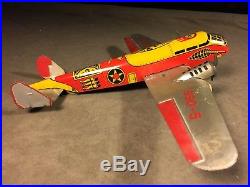 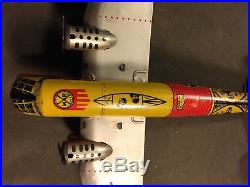 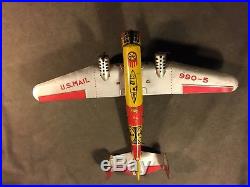 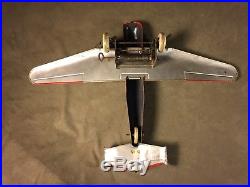 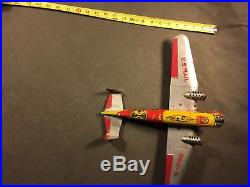 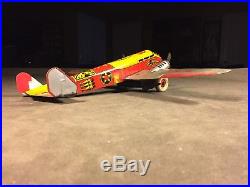 Apparently a very rare and curious relic. The North American Aviation (NAA) B-25 Mitchell Bomber, a twin-engine, medium bomber, was developed in the later 1930s and first years of World War II. Full production began in 1942. Named for Major General William “Billy” Mitchell, often considered the father of the US Air Force, the B-25 served in every theater of WWII, and was used by American and allied air forces for decades after the war. Altogether, nearly 10,000 Mitchells were produced in NAA factories. Were bombs ever strapped to B-25 fusilages in this manner? It strikes me as being extremely hazardous. Might not a stray machine-gun bullet trigger a massive, fiery explosion, blowing the B-25 out of the air? It would seem to me highly unlikely, a very great and unecessary risk during wartime. The Air Corps was woefully unprepared for the task that private carriers had done until then, and thirteen AAC pilots perished in the attempt. The wind-up toy was produced sometime after the war, through the 1950s by Marx Toys. It seems a relatively accurate model of the B-25. It’s a toy, after all. A very interesting and unique collectible. The item “Marx Tin Litho Wind-Up Heavily Armed US Mail Army Air Force B-25 Bomber” is in sale since Wednesday, November 28, 2018. This item is in the category “Toys & Hobbies\Vintage & Antique Toys\Wind-up Toys”. The seller is “johnr0904001″ and is located in Chapel Hill, Tennessee. This item can be shipped to United States.