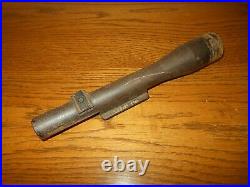 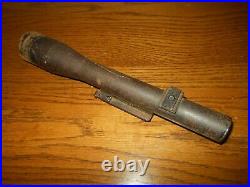 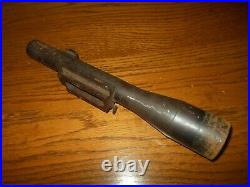 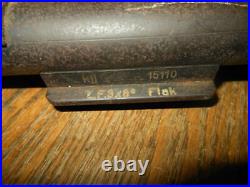 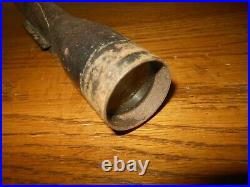 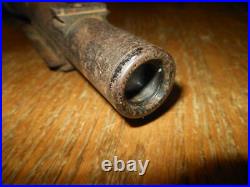 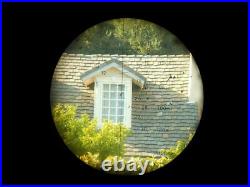 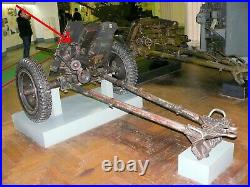 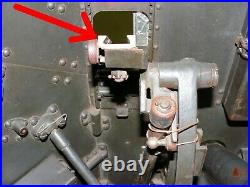 3×8°Scope, as used by various PaK and FlaK Guns! This was used specifically on the 3.7cm PaK36! The Pak 36 (Panzerabwehrkanone 36) is a 3.7 cm caliber German anti-tank gun used during the Second World War. It was the main anti-tank weapon of Wehrmacht Panzerjäger units until 1942. Developed by Rheinmetall in 1933, it was first issued to the German Army in 1936, with 9,120 being available by the beginning of the war in September 1939 and a further 5,339 produced during the war. As the predominant anti-tank gun design in the world during the late 1930s, demand was high for the Pak 36, with another 6,000 examples produced for export and the design being copied by the Soviet Union as the 45 mm anti-tank gun M1932 (19-K) and by other nations such as Japan. It first saw service during the Spanish Civil War in 1936, where it performed well against the light tanks of the conflict. It was first used during the Second World War against Poland in 1939 and had little difficulty with any of the Polish tanks. The Battle of France in 1940 revealed its inadequate penetration capability against French and British heavy tanks, receiving the derisive “door-knocker” nickname from its crews, but it sufficed to defeat the bulk of the Allied armor in the campaign. The invasion of the Soviet Union brought the Pak 36 face to face with large numbers of T-34 and KV-1 tanks, which were invulnerable to its fire. However, 91% of the Soviet tank forces in 1941 consisted of lighter types that lacked sufficient armor to defeat the gun, and the Pak 36 knocked out thousands of such tanks. The Pak 36 was replaced from late 1940 onward by the 5 cm Pak 38 anti-tank gun and from November 1941 by the 7.5 cm Pak 40. This process was accelerated by the engagements with the modern Soviet tanks, and Pak 36 production ceased entirely in early 1942. The introduction in 1943 of the Stielgranate 41 shaped charge gave it the ability to punch through the armor of any Allied tank, but the ammunition’s short range made the Pak 36 crews vulnerable to enemy fire and could not solve the gun’s basic obsolescence. German paratroopers employed the gun due to its low weight and consequent high maneuverability. The Pak 36 was also used by Axis-allied, second-line, garrison and training units until the end of the war. Made of steel by kjj. Askania Werke AG, Berlin-Friedenau , this anti-tank aiming scope was manufactured between 1941 and 1945. It retains 95% of its original finish with no damage! The manufacture code and data information is stamped into the sides, indicating. All optics are VERY CLEAR with NO haziness, but do feature some dirt/spotting as you can see in the photos. Comes with the rare rubber eye cup. I have shown its location in the last images. One of the NICEST I have ever seen of it’s type, it is a VERY NICE scope that would make a PERFECT addition to any collection or display! TERMS OF SALE. Most of my items are vintage, and as such are AS-IS, so you must therefore expect a degree of wear due to age and/or usage. ABOUT ME. Although my passion is the Me109, I do offer many other German Aircraft Fw190, Me262, etc. , as well as USAF and Japanese items. Occasionally I do offer many non-vintage items such as prints and art relating to the time period. Use is solely based on my authorization only. The item “WW II German Army Air Force 3×8° 37mm PaK36 Aiming Scope #2 VERY NICE” is in sale since Sunday, May 26, 2019. This item is in the category “Collectibles\Militaria\WW II (1939-45)\Original Period Items\Germany\Personal, Field Gear”. The seller is “messerschmitt_109″ and is located in Malibu, California. This item can be shipped worldwide.